Hobbies and other activities

The Cambridge Bilingualism network is an initiative by academics in Cambridge, which aims to bring together people who have an interest in bilingualism (researchers, teachers, clinicians and parents of bilingual children) and to disseminate to the wider public state-of-the-art research on bilingualism.
I am a member of the network and former administrator of the network’s website.  I also regularly attend and helped organise several of the Network’s events.

With the crisis in Greece and Cyprus deepening and unemployment rates reaching record highs amongst young people (61% in Greece and 30% in Cyprus in 2015) we only have ourselves and our ideas in order to thrive in this world.  We should make a hit out of misses and see the crisis as an opportunity for entrepreneurship and innovation.

Sinkinisis represents a good example of how new, different ideas carefully developed into a business, can give a way out of unemployment and economic crisis.  It just started but, I think it is on the right track.

Sinkinisis is a company created by people interested in education.  It is active in all levels of the education sector (pre-school to high school).  It designs and implements educational activities that aim to promote experiential and emotional learning through theatre, musical workshops, and artistic creation.  Have a look at the company’s website to learn more –though note that the information is available only in Greek.

I am an external collaborator in the company and advisor for the design of its educational programmes. 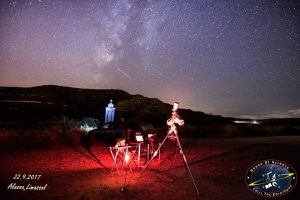 Another good example of entrepreneurial thinking is the House of Science – Σπίτι της Επιστήμης. It was launched a couple of years ago by a group of enthusiastic people who have an interest in astronomy.  They regularly organise events for the public (based on the astronomical calendar), where people have the chance to explore the night sky and view notable celestial events with the necessary equipment.  They also offer lectures, lessons, and other educational activities related to astronomy for schools or the general public.  If you are interested in buying fancy educational toys, books, or astronomical equipment, they have it too. 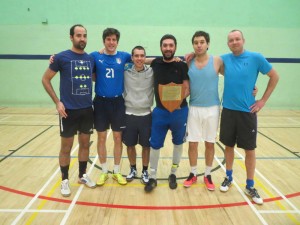 In my free time, I enjoy playing football.  Currently, I am playing futsal (5-a-side indoors football) with the Pumas team as part of the University of Cambridge Social Club league.  We have been the champions for three out of the four last seasons.  Are you impressed?

In the past, I  used to play 11-a-side football with the Cyprus BXL FC team in Brussels in Belgium and the Fitzwilliam/Clare College graduate team as part of the University of Cambridge MCR football league.

Recently, I developed an interest in running long distances, planning to run for a marathon (or maybe a half marathon first).  But this is yet an expression of interest rather than an accomplishment!  For the time being, I am preparing, running five kilometres each day for three or four times a week and usually going for a longer run on the weekends.

I also recently figured that my experience-based observation, that running somehow puts you in a better mood and helps your mental health, might actually have some scientific ground.  You can read some relevant information in the following article.

When the best therapy is right at your feet.

At some point, not very long time in the past, I was also trained by the Limassol Lifesaving Association to be a lifeguard and employed by the District Administration of Limassol to work as a lifeguard in the summers of 2006, 2008, 2009, and 2010.  Unfortunately, I am no longer actively involved in Lifesaving.

If you wish to get automatic notifications on any news and updates regarding my research, please, subscribe by entering and submitting your e-mail address through the box below